When the first Darkwolf beer was brewed in a small kitchen in 2002, no one had any idea what a wolf on a beer label could set in motion. At that time, the enjoyment was still manageable, but the charm of home-brewed beer and the emotions were already great.

Over the years, the equipment and ambitions grew. Many of the brewery’s own recipes were created, based on international beer styles. At the same time, the demand for creative beer grew steadily.

With the registration as the 600th Swiss brewery, the development found its logical continuation in 2014. This was followed in 2015 by the establishment as a professional microbrewery in the form of an AG. Since the beginning of 2016, The Darkwolf Brewery has been located in the Silbern district of Dietikon.

Alone in the Dark – Irish Dry Stout, 4.8%, IBU 32.
The pitch-black, Irish classic with a fine head, subtle roasted notes and aromas of dark chocolate and coffee. 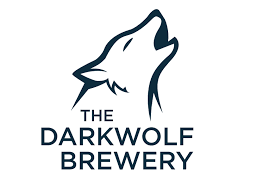